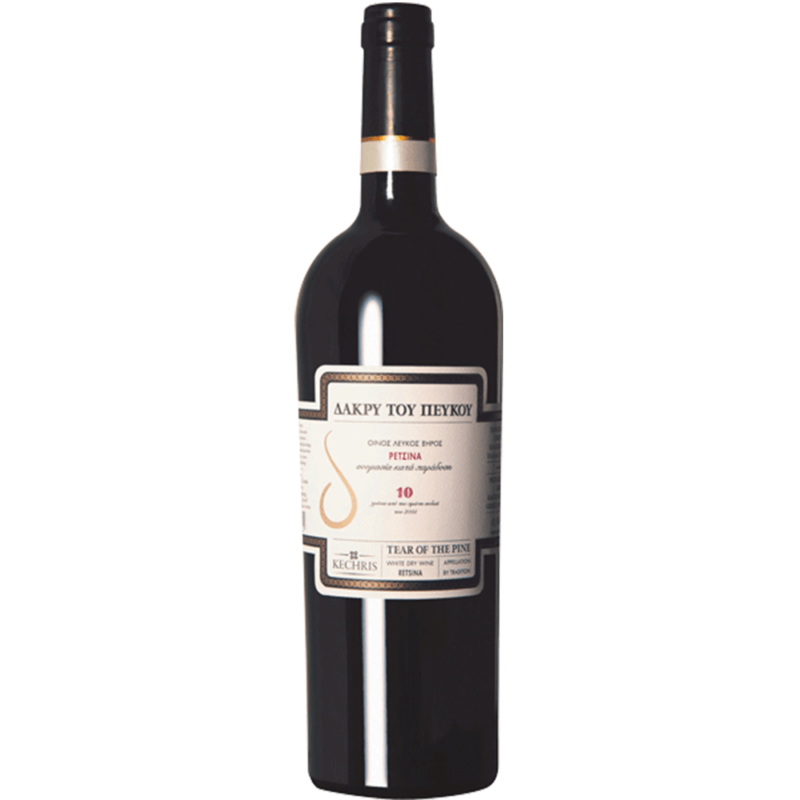 In the glass is slightly cloudy and has a pale greenish color. Expressive nose with intense aromas of pine, mastic, Easter bread, peach, citrus, grapefruit, ginger and lemon. On the palate it has a soft foaming, moderate body and crisp acidity. Pine, rosemary, mastic, mahlab, dough, peach, bitter orange, bergamot, citrus and grapefruit fill up your mouth in every sip. Delicious citrus aftertaste that lasts.

Kexchris Winery is one of the most traditional family wineries of Northern Greece. It all began in 1911, when Evagelos Kechris bottled wine, introducing to the Greek market glass bottles imported from the U.S.A.

Since 1939, lovers of good wine used to frequent the traditional tavern "Kokoras" ("Rooster") in the old Thessaloniki, owned by Kechri family. There, they were enjoying retsina and sun-dried wines vinified in wooden barrels. In 1954 the company gets its resent form, as a modern winery-distillery under the name of "Kechri Bross". In 1972, Kechri products cross the Greek borders successfully and in 1984, the traditional liquers "Doriki" are born. By that time the company is directed by Stelios Kechris. He studied chemistry in the University of Thessaloniki, Greece and in 1978 he obtained an Enology degree from the University of Dijon, France. He and his wife Konstantia continue the family's winemaking tradition reaching their vision of enhancing the image of Greek wine worldwide.

close
Start typing to see products you are looking for.